The State Justice Institute (SJI) was established by federal law in 1984 to award grants to improve the quality of justice in state courts, and foster innovative, efficient solutions to common issues faced by all courts. 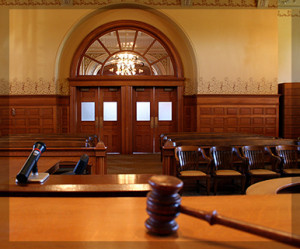 SJI is unique both in its mission and how it seeks to fulfill it. Only SJI has the authority to assist all state courts – criminal, civil, juvenile, family, and appellate – and the mandate to share the success of one state’s innovations with every state court system.

SJI is a non-profit corporation governed by an 11-member Board of Directors appointed by the President and confirmed by the Senate. By law, the President must appoint six state court judges, one state court administrator, and four members of the public (no more than two of whom may be of the same political party).

In 2014, SJI released a 30th Anniversary Report highlighting its successes. For the past three decades, SJI has been dedicated to improving the quality of justice in our state courts. In 1984, Congress established SJI to award grants to the state courts, charging it with the mission of “assuring each person access to a fair and effective system of justice.” In the 1970s, the Conference of Chief Justices (CCJ) was the driving force behind the creation of SJI. CCJ recognized that there was a vital need to secure federal funding for the state courts. CCJ authorized a task force for a state improvement bill. The task force proposed that an independent agency, called the State Justice Institute, be created to administer a national discretionary grant program to support state courts. In 1979, the task force was succeeded by the CCJ State Justice Institute Committee to work with Congress to create SJI. The Committee was headed by Chief Justice (ret.) Robert Utter from Washington State, who during a 7-year period, flew over 100,000 miles as Chairman of the Committee to build support for the legislation. He was joined by other CCJ members and the Conference of State Court Administrators (COSCA). Senator Howell Heflin, who was a former Chief Justice of the State of Alabama, held hearings and was an original sponsor of legislation to establish SJI. After six years of efforts by the Committee, CCJ, COSCA, state court judges, court administrators, and other key stakeholders, the State Justice Institute Act was signed into law in 1984 (42 U.S.C. 10701 et seq.). The Act created an 11-member Board appointed by the President with the advice and consent of the Senate. CCJ plays an important role in this process by preparing a nomination list for the President of the Board’s judicial positions and state court administrator position.

During the first decade (1984 to 1994), some of the pressing national issues that SJI addressed were family violence, drug abuse, juvenile justice, and alternative dispute resolution. In particular, SJI provided funding to assist state courts in dealing with family violence and drug abuse cases that were flooding court dockets. On a broader level, SJI supported projects that improved access to justice, addressed state-federal jurisdiction, and examined the future of the state courts. In the second decade (1994 to 2004), sentencing reform, domestic violence, and sexual assault were major focus areas in state courts. For example, the wave of sentencing reforms in the 1990s imposed heightened punishments. In response, SJI provided assistance to evaluate the effectiveness of those reforms. Also, SJI assisted in improving jury systems and promoting public trust and confidence in the state courts. Toward the end of this decade, SJI assisted the state courts in facing new issues, including the terrorist attacks of September 11, 2001, Hurricane Katrina, and courthouse violence. With SJI support, the state courts were able to implement programs to protect against, and prepare for, security threats and disasters.

In the third decade (2004 to 2014), there was dramatic change in both court administration and in SJI’s approach to the grant process. During this time period, almost every state in the U.S. was facing budget shortfalls, which threatened the administration of justice and forced state courts to reexamine their structure and available resources. In response to this crisis, SJI supported court reengineering initiatives. In addition, SJI supported projects that focused on improving performance measurement and court management, and reducing budgets while meeting service demands. Furthermore, during the last decade, issues once considered global became central to the state courts. For example, language access, immigration, and human trafficking introduced a new set of challenges. SJI supported a variety of projects that were geared towards helping state courts ensure access to justice for all litigants.

SJI remains the only source of federal or private funding dedicated exclusively to improving the quality of justice in the state courts. There is a strong national interest in continuing to support the state courts, as there is with federal funding for state and local law enforcement, corrections, prosecution, and public defense.

For 30 years, SJI has leveraged funding whenever possible to help the state courts address the major issues. The effectiveness of the state courts is critical to ensuring that the public experiences the justice guaranteed by the Constitution. SJI is well positioned to aid the state courts in meeting this challenge.