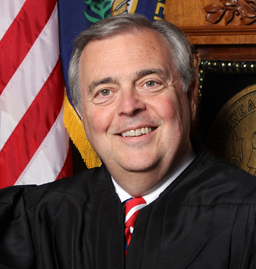 John D. Minton Jr. is serving his second eight-year term on the Supreme Court of Kentucky and his third four-year term as chief justice.  The Kentucky court system has been transformed in many areas during his administration. He steered Kentucky courts through the Great Recession by creating efficiencies at all four levels of the court system. He has made it a priority to invest in the people who operate the courts and in the court technology that can cut costs and deliver better service. His sweeping technology initiative has brought eFiling to every Kentucky county. He addressed lagging Judicial Branch compensation by overhauling the salary structure for court employees and increasing pay for circuit court clerks. He’s currently working to improve stagnant salaries for judges. During his tenure, the Supreme Court has adopted the state’s first uniform Family Court Rules and Juvenile Court Rules. He has worked with the Executive and Legislative branches to carry out penal code and juvenile justice reform. He is the 2016-2017 president of the Conference of Chief Justices and chair of the National Center for State Courts Board of Directors. He was appointed to the SJI Board of Directors in 2016, and currently serves as Chair. He was previously in private practice and a judge for the Circuit Court and Court of Appeals. He holds degrees from Western Kentucky University and the University of Kentucky College of Law. 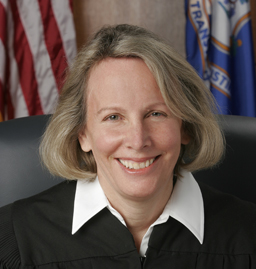 Chief Judge Lippman (ret.) is currently Of Counsel for Latham & Watkins, LLP in New York City, New York. He previously served as Chief Judge of the State of New York and Chief Judge of the New York Court of Appeals, a position he held since 2009. Chief Judge Lippman spent his entire legal career in the New York State court system, serving for 40 years in a variety of roles. He was Presiding Justice of the Appellate Division of the New York Supreme Court, First Department from 2007 to 2009; an Associate Justice of the Appellate Term for the Ninth and Tenth Judicial Districts from 2006 to 2007; a Justice of the Supreme Court, Ninth Judicial District from 2006 to 2009; and Chief Administrative Judge of all New York State Courts from 1996 to 2007. Chief Judge Lippman is a former member of the Board of Directors of the Conference of Chief Justices, former President of the Conference of State Court Administrators, and former Vice Chair of the Board of the National Center for State Courts (NCSC). He is the recipient of numerous awards and honors, including the William H. Rehnquist Award for Judicial Excellence, which the NCSC awarded to him in 2008. He was appointed to the SJI Board of Directors in 2013. He holds a B.A. from New York University in Government and International Relations and a J.D. from the New York University School of Law. 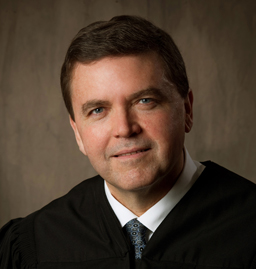 David Brewer was a Justice on the Oregon Supreme Court, where he was elected in 2013. He previously served on the Oregon Court of Appeals from 1999 to 2013, and was chief judge from 2004 to 2012. Prior to joining the Court of Appeals, he served as a state court trial judge and presided over criminal and civil matters. Previously, Justice Brewer was a partner at the law firm Lombard, Gardner, Honsowetz & Brewer. He is a past President of the Council of Chief Judges of the State Courts of Appeals. In 2008, Justice Brewer received the National Center for State Court’s Distinguished Service Award for his contributions to the development of performance measures for the nation’s state appellate courts. He was appointed to the SJI Board of Directors in 2011. He holds a B.A. in economics from California State University at Sonoma and a J.D. from the University of Oregon School of Law.

Gayle Nachtigal was a Circuit Court Judge in Washington County, Oregon.  She was initially appointed in 1991, serving as the Presiding Judge from 1996 to 2002. She served as Lead Judge for 10 years on the Criminal Court Team. Judge Nachtigal is also involved in the American Judges Association where she served as Secretary, First and Second Vice President, and President. From 1999 to 2005, Judge Nachtigal served on the board of the National Center for State Courts, and the NCSC Court Consulting Advisory Board from 2000 to 2005. She has also previously served on the Oregon Judicial Conference Judicial Conduct Committee and the Court Technology Committee, as well as on the Oregon Uniform Trial Court Rules Committee. She was appointed to the SJI Board of Directors in 2010. She received a B.L.S. from Bowling Green State University and a J.D. from Lewis and Clark Law School. 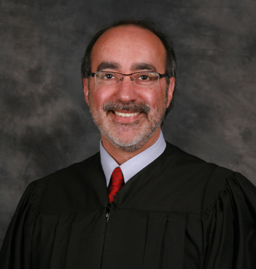 Judge Wilfredo Martinez is a Senior Judge for the State of Florida. He was initially appointed to the Court in 1998. Previously, Judge Martinez was a sole practitioner in Orlando, focusing on real estate and business law. Prior to that, he was in-house counsel for a manufacturer, distributor and retailer; worked for an insurance defense firm; and served as a staff attorney at the Legal Aid Society of the Orange County Bar Association of Florida. Judge Martinez served as Board Member and Chair of the Governance Committee of United Abolitionists – an organization dedicated to the eradication of all forms of human trafficking. He is a former president of the National Conference of Metropolitan Courts and a member of the Florida Conference of County Court Judges. He has served as a Commissioner on the East Central Florida Regional Planning Council; Commissioner on the Florida State Commission on Hispanic Affairs; Board Member of the Florida Supreme Court Alternative Dispute Resolution Committee; Vice Chairman of the Orange County Citizen Review Board; Chairman of the Orange County Children, Youth and Family Advisory Board; Founding Member of the Hispanic Bar Association of Central Florida; Board Member of the Orange County Bar Association Foundation; Founder and Director of the 9th Judicial Circuit Courthouse Law Academy; Chairman of the 9th Judicial Circuit Citizen Advisory Board; Judicial Representative of the City of Orlando Redistricting Advisory Board; and Board Member for the 9th Judicial Circuit Racial and Ethnic Bias Committee. He is a recipient of the Hispanic Chamber of Commerce of Central Florida Excellence Award, and has been recognized by CISCO and FedEx as one of the top 10,000 World Leaders and Influencers. He was appointed to the SJI Board of Directors in 2010. He received a B.A. from Yale University, with honors, and J.D. from the New York University School of Law. 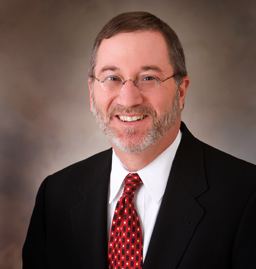 Daniel Becker served as State Court Administrator at the Administrative Office of the Courts for the State of Utah from 1995-2017. In that capacity, he was responsible to the Utah Supreme Court and Utah Judicial Council for the administration of the state court system. From 1984 to 1995, Mr. Becker worked for the North Carolina Administrative Office of the Courts serving in the positions of: Deputy Director (1993-1995); Court Services Administrator (1986-1993); and Assistant to the Director (1984-1986). He also held the position of Trial Court Administrator for the Fourteenth Judicial District of North Carolina, and Assistant Director of Operations for the Georgia Administrative Office of the Courts. From 2004 to 2005, he served as President of the Conference of State Court Administrators and Vice Chair of the Board of Directors of the National Center for State Courts. Mr. Becker was the recipient of the 2006 Warren E. Burger Award for Excellence in Judicial Administration. He was initially appointed to the SJI Board of Directors in 2010 and currently serves as Vice Chair. He holds a B.A. and M.P.A. from Florida Atlantic University, and attended the Executive Session for State Court Leaders in the 21st Century at the John F. Kennedy School of Government, Harvard University. 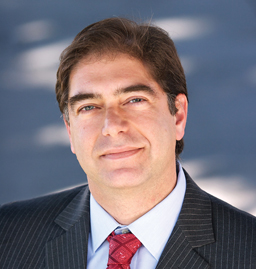 Hernán D. Vera is a Judge for the Superior Court of Los Angeles County, California. He previously served as a Principal at Bird Marella in Los Angeles, where he focused his practice on complex civil litigation and class action defense. He also counseled and advised clients on risk management in public matters where a problem-solving, community approach is essential to the success of the litigation. Prior to his time at Bird Marella, he served as President & Chief Executive Officer of Public Counsel, the nation’s largest pro bono, public interest law firm. He was the first Latino leader of the 40-year-old civil rights organization, which is based in Los Angeles. Mr. Vera was a commercial litigator with the international firm of O’Melveny & Myers LLP, where he specialized in class actions. Mr. Vera has also worked as an Education Staff Attorney for the Mexican American Legal Defense and Education Fund and clerked for the Honorable Consuelo B. Marshall, U.S. District Court Judge for the Central District of California. He makes frequent media appearances on issues relating to access to justice, civil rights, and consumer protection. He was appointed to the SJI Board of Directors in 2010. Mr. Vera received an A.B., with Distinction, from Stanford University, and his J.D. from the UCLA School of Law. 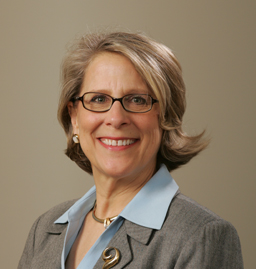 Marsha J. Rabiteau is Executive Director of the Center for Human Trafficking Court Solutions, a 501(c)(3) non-profit with a core mission to assist the Chief Justices in fulfilling their Human Trafficking Resolution. She has also served as Associate General Counsel for Koch Industries, Inc., as Vice President & Assistant General Counsel, Director of Civil Justice Policy for The Hartford Financial Services Group, and Litigation Counsel and Crisis Manager for The Dow Chemical Company. She has participated as the chair or co-chair of the various organizations, including: Civil Justice Reform Group; Product Liability Advisory Council Foundation; IADC Class Action and Aggregated Torts Committee; and Federalist Society Litigation Practice Group. She is on the National Judicial College’s Board of Visitors and Executive Finance Committee, has served on the George Mason University’s Law and Economic Center’s Advisory Board, and is a member of the Michigan and Wisconsin Bars. She was appointed to the SJI Board of Directors in 2010. She received her J.D., cum laude, from Marquette University Law School. 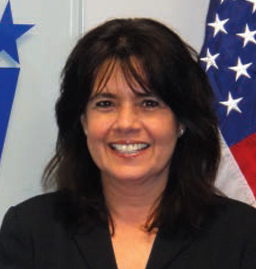 Isabel Framer is the founder and principal partner of Language Access Consultants, LLC. Since 1998, Ms. Framer has worked as a consultant to defense attorneys, prosecutors, law enforcement, state and federal government agencies, including the U.S. Department of Justice, and advocacy firms on language access for limited English proficient communities in the court system. She is a state court-certified judiciary interpreter and has been qualified as an expert witness in court proceedings regarding language access and interpreter standards. Ms. Framer was also a board member of the National Association of Judiciary Interpreters and Translators from 2003 to 2009, serving as chair from 2007 to 2009. She was appointed to the SJI Board of Directors in 2010.